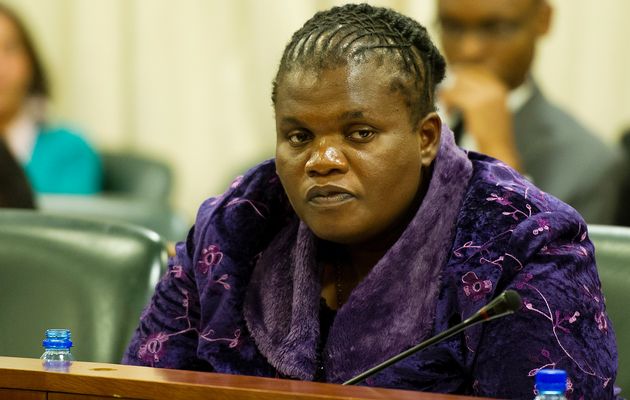 In 1992, when the Campaign for Open Media campaigned alongside the United Democratic Front to demand the demise of the apartheid regime’s release of the erstwhile SAUK to the people, and transform it into an open, transparent public broadcaster, it would be Cyril Ramaphosa who would set out one of the most significant principles underpinning an independent SABC when he said:

The ANC is committed to public broadcasting which is independent of the government of the day, and which owes its loyalty not to any party, but to the population as a whole.

He would continue to set out some of the conditions for this, identifying the appointment (and concomitant dismissal of the Board) as a central pillar of this independence:

To achieve [an independent SABC Board] it must be appointed by a visibly independent process enjoying as much popular participation as possible. This is our immediate priority and must be the first focus of our campaign. We believe it is possible to achieve this immediately. It is not necessary that we go through a process involving extensive legislative changes, thereby making ourselves, and fair broadcasting, hostage to a parliamentary process beyond our control.

We had this public broadcaster for a while – an SABC that was as hard on the newly democratically elected dispensation we have today as it was on the conservative forces that continue to stymie progress in our collective efforts to build a culture of frank talk about past, present and continuing injustices, as well as social cohesion.

It is not only alarming, but deeply saddening to watch our hard-won national public broadcaster become transformed back into a State broadcaster under the watch and with the consent of elected public representatives in Parliament – many of whom were integral to the liberation of South Africa from an unjust and authoritarian regime.

This is what happened in Parliament, on Tuesday, when the Portfolio Committee on Communications not only eschewed  its endorsement of the legal opinion it sought which set out why the SABC Board’s unilateral purging of its own members under the aegis of the Minister Communication was unlawful, but went as far as adopting the ill-contrived and deliberately distorted legal interpretation that the SABC is a state-owned company like any other as Faith Muthambi presented before the Committee.

Though owned by the State, and embattled as it is, the SABC is not state-owned company like the national airline or electricity supplier. We are talking, here, about an institution that is established as a national public broadcaster in the legislation that incorporates it – the Broadcasting Act. We are talking of the single largest mass-communication medium in the country which is the principal source of information for 24 million daily listeners and 7.5 million TV owning households who only have access to free-to-air television.

Parliament is established as a forum in which Members are statutorily duty-bound to oversee and enforce executive compliance with the laws it enacts. Instead of discharging this duty for the benefit of the public who elect it, on Tuesday, these members of Parliament fell derelict of this responsibility and allowed our national public broadcaster, the SABC which serves the information, education and entertainment needs of the vast majority of the people of South Africa, to be forced into the trappings of a State broadcaster such as we had under the apartheid regime. A broadcaster that was subject to the control of the government of the day through a partisan selection of Board members and senior executives, and drove a one-dimensional, State issued message of a “good story to tell”.

One needn’t be a legal expert to see that when the Board of the SABC reports directly to and seeks the consent of the Minister of Communications, and not our democratically elected representatives in Parliament, to not only hire and fire senior executives but to also fire its own members, it is no longer as independent of State influence as it claims to be. Further, it is simply gobsmacking how the Minister was even able to reconcile herself with fighting tooth and nail for this unconscionable and ill-conceived interpretation of the law which bypasses even the authority of the first official of the land who, himself, is responsible for the appointment of Board members upon the advice of Parliament.

An edited version of this piece was first published in City Press on 28 June 2015.

This site uses Akismet to reduce spam. Learn how your comment data is processed.